The Strange History of the Nigerian Prince 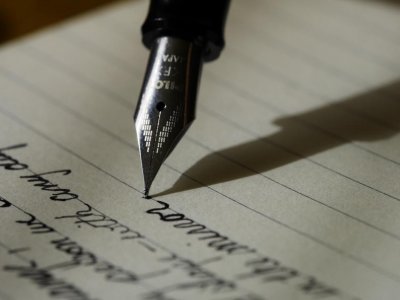 Everyone is familiar with the "Nigerian Prince” scam, right? It's probably the widest known example of internet fraud on the planet. In fact, you probably know it better as a punchline to a joke or as a shareable meme than as a serious con.
There are endless variations on the Nigerian Prince scam, collective referred to as 419 scams, but they all follow the same beats. It starts with a brief introduction where the sender claims to be some sort of foreign royalty, disposed noble, or wealthy businessman in a bind. A bind only you can help them out with.
This is where the scam gets good. The best variations on the Nigerian Prince scam paint a real picture. A young princess narrowly dodges the tip of an assassin’s dagger and suddenly finds herself on the run, huddled in a safehouse, her assets frozen by co-conspirators of the coup. A legitimate businessman ends up on the wrong side of a political power-play, now he's desperate to get his family (not to mention his substantial fortune) out of the line of fire before the borders close. Or maybe you get a communique from a shadowy intelligence officer, a spy burned by his own agency, on the run with the stolen account numbers to a sizable black budget fund – if only he can gain access to an offshore account to move the money.
And there is the rub. Whatever predicament the scammer dreams up, the solution is always the same – they either need your back account number or sizable cash injection as a deposit on a transfer. As a "upstanding person” with a "steerling (SP) reputation,” you can be depended on to safely address this matter quickly and discretely. For your service, the sender will be sure to reward you a ludicrously large share of the pot as soon as the funds are safely transferred.
Needless to say, you won't be seeing that money any time soon.
Everybody knows the routine, it's a classic. But, there is so much more to the Nigerian Prince than meets the eye.

A method to the madness

Part of what makes the 419 scam so hilarious is that the emails are almost always comically inept. They feature fictitious countries, forces that haven't existed since the cold war, easily disprovable events, and of course, horrendous grammar and spelling mistakes. When you see an example of a 419 email and read through the unintelligible word salad talking about Soviet forces poised to invade the noble country of Madeupistan, you have to wonder what kind of person could possibly be taken in for such an obvious ruse.
And that's exactly the point.
The 419 scam preys on a naivety. The scammers know that anyone even slightly discerning person is going to do their research before sending anyone a wad of cash or the keys to their back account. Now, they could spent a lot of time and money creating a credible seeming backstory. They could research countries in the midst of conflict and key individuals who could be both vulnerable and wealthy enough to make the story seem legit. They could forge documents, fake news stories, and create dummy social media accounts that could make enough noise to collaborate their story and maybe have it pass the sniff test.
Of they could just go for the easy sell on a soft target.
419 scams are silly, but there is method to the madness. Many scammers have found it more efficient to purposely riddled their pitches with errors and ridiculous claims to weed out all but the most credulous. After all, anyone who doesn't bin an email as soon as a Nigerian monarch wishes them a "pleasant Thrusday afternon” has already demonstrated they don't have the finest eye for details.
Of course, this is just the latest take on an old scam. These days, the shotgun approach of blasting off thousands of emails and waiting for the two or three people gullible enough to respond works because of the easy and speeds of email. Back in the day, fraud had a more bespoke quality.

A (not so) proud tradition

You might be surprised to discover that this particular strain of fraud predates the internet by a good 400 years or so. Told you it was a classic.
The subtle art of asking strangers in another country for money traces its roots back to what was known as the Spanish Prisoner scam in the 1600s. During the chaos and confusion of the Spanish civil wars, doublet wearing confidence men would send letters to potential marks indicating that they were, or were an agent of, a disposed monarch or member of the aristocracy in Spain.
These letters were always dripping with pathos and intrigue. Scammers would spin tales of wrongful imprisonment, scheming generals, and vicious coups to sucker their marks into believing they were in contact with an upstanding person in desperate need of aid. As always, the solution always boiled down to sending them cash.
British victims would send their hard-earned pounds oversees, waiting to hear back from their new Spanish ally and their promised reward. The confidence men of the era were quite a bit more imaginative than today's spammers and email hustlers. Not only would they promise a monetary reward, they'd frequently embellish their requests with offers of marriage to a beautiful daughter of theirs, or a seat in the halls of power when their current predicament was finally resolved. Fake royal crests, forged signatures, and locks of hair from supposed nubile princesses were all common ploys to sell the letter's authenticity.
I guess when you're writing these letters out by hand, you want to make sure they're going to get results.
Since then, the scam has mutated and reformed to suit the current political climate and appeal to popular tastes. From stranded naval men in Havana, to East Germans yearning for a life of blue jeans and Big Macs in America, the same scam is re-written time and time again like a depressing Mad-Lib to dupe the gullible of the age. You know a scam is long lived when a 1898 article in the New York Times describes it as "an old swindle”
Just goes to show that not everything gets better with time.