The architecture of collaboration: How seating informs a meeting’s dynamic 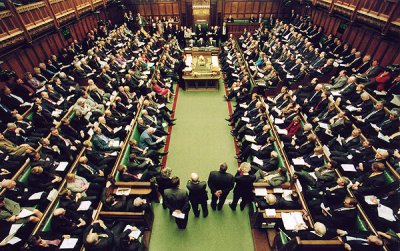 Max Cohen de Lara and David Mulder van der Vegt, two Amsterdam based architects, have spent the past six years on a mission - to understand governments by looking at the way they design their legislature.
Sounds far-fetched? You might be surprised. By studying and comparing all 193 national parliaments around the world, the pair were able to reliably find common trends based on the design and layout of a parliament, and the kinds of politics that nation embraced. They came to the conclusion that there are five general designs for parliaments in the world right now, and looking at the seating can tell you at a glance what kind of government you’re dealing with.
As designers ourselves at Lifeline, this conclusion wasn’t necessarily shocking. We understand that function can be influenced by form. Design always has a greater purpose than what is evident on the surface, including small details (especially small details).
But how does this apply to you? Well, think about how you hold meetings and conferences in your business or association. What kind of rooms do you use? How is the seating arranged? Where is the focus? It might not seem like it, but these details can directly influence the atmosphere and kind of conversations that will take place.
Let’s take a look at the five designs identified by Cohen and Mulder and how they might impact a meeting or event.

A classic, time honored design. The semicircle was the preferred parliamentary layout for the ancient Greeks and it’s still beloved by democracies all over the globe today.
The goal of the semicircle is to build consensus and unity between members while still maintaining a focus point for speakers and officiants. They can be unorganized to promote mixing between different groups and individuals (similar to the Greek’s open assembly that welcomed the average citizen as well as senate elites) or segmented by assigned seating to keep teams and departments together. Both options have a place. If you’re trying to encourage open conversation and innovation, the unorganized format works best. If you need departments to be able to confer and represent their end of a project, or are hosting a variety of different organizations, assigned group seating may be best.

Going a step beyond the semicircle, a meeting or event arranged with full circular seating sends a strong message that the purpose of the gathering is discussion and unity. Anyone even distantly familiar with the story of King Arthur and his knights of Camelot will immediately understand the other significant feature of the circle - no figurehead. The circular shape avoids creating any obvious focus point or hierarchical position for a leader to sit at. There might still be a boss or key speaker present, but they are just one of many people sitting in the same
For meetings and events, this is a good structure for nimble businesses that value creativity and rapid innovation/sharing over traditional corporate mores and highly collaborative efforts. The theory behind cafe seating is very much the same, but instead of one giant circle (which may be impractical), there are several small clusters of people arranged around small tables - independent circles of collaboration. While the corporate world is likely to bristle at the informality dissolution of command roles, circle seating and cafe seating are very hot for associations nowadays, both in internal meetings and to put a new spin on member gatherings.

Opposing benches and the horseshoe

Canadians will be familiar with the opposing benches set up from our very own parliament. When it comes to impassioned debate, there is no better set up than getting seated with your whole crew and staring down your political/business opponents from across the aisle.
You don’t see literal opposing benches too often in meetings, but there are certainly times when people line up at a conference table among divided sides. One group sits on one side of the table while the opposition takes up the other. This seating arrangement tends to make things tense and promotes a kind of insular tribalism between teams, but sometimes this is what a project needs. If you’re working on a contentious or particularly important project, it can be useful to spur your people into making a case for their positions and argue with each over the right course of action. Nothing gets results like a little competition.
Related to the opposing benches set up is the horseshoe. This is a kind of in-between from the semi-circle and the benches, arranging teams on two sides, but eventually joining at the head or bottom of the rows. This arrangement tries to invoke the competitiveness of the benches, but also remind everyone involved that at the end of the day they’re all working towards the same goals. This could be a useful way to arrange seating at discussion event where there are clear opposing points of view.

Ah, the classroom. We’re all familiar with this kind of seating, everyone lined up and facing the leader who will control the conversation and have the ultimate final say. If you walk into a meeting room and the seating is arranged like this, watch out, this is the preferred set-up of autocrats and dictators. Parliaments, and meeting rooms, that resemble this style are not places for conversation - you’re there to listen to what the person at the front has to say.
If you wonder why you're associations speaking events never seem to really spur all that much audience participation, the classroom style format might be part of the problem. While this is an obvious format for presentations, if you want more post-speech conversation and interaction, consider switching to the semi-circle, or even cafe seating laid out in front of a podium.

Design for what you want to accomplish

Think about the way you hold meetings and conferences. Does the style and arrangement of your events match the outcome you’re looking for? Seating might not seem like a big deal, but it can be used to communicate expectations and shape the attitude of an event. Used correctly it can inspire focus and attention, impassioned debate, or creativity and collaboration. Make sure you’re sending the right message with your floor plan.