Mythbusting the idea of “going viral” 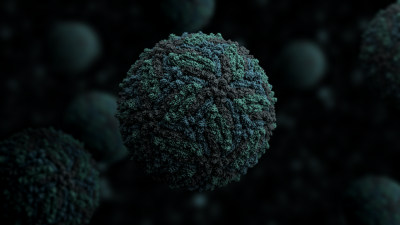 Marketers are always giddy with the idea of "going viral.” The prospect of creating some piece of content that has just the right kind of spark to be picked up, shared, and spread far and wide across the internet to millions of people.
Most viral content happens organically, a cute cat video that spreads like wildfire, or a ridiculous Vine (RIP) that becomes endlessly circulated, chopped, and remixed. But, that doesn’t stop content producers from trying to force it. There is this idea in marketing circles that if you can just find the right piece of content, the secret recipe, the special sauce that makes something go viral, you transform your brand into a sensation overnight.
But what is the real value of going viral, and is it even possible to make it happen?

You’d think having too many customers is one of those problems you’d love to have, but the reality is never as fun as the fantasy. Going viral might seem like a slam dunk that can only help your business, but what would happen if you woke up the next morning and found a line going around the block to your business?
This is what the owners of Canberra Cafe Patissez discovered when their eye catching ‘Freakshakes’ went viral thanks to some well shared Instagram pics. When a small cafe with staff and supplies typically used to serve a sitting room of maybe 30 people suddenly had to deal with 300 folks, all excited to get the most elaborate item on the menu, things predictably went south fast. Complaints of long waits and "bad service” rolled in, tanking their ratings on review sites like Yelp and TripAdvisor. And unfair as it is, reviews last forever while viral excitement is fleeting.
The same phenomenon is so frequent online there are numerous slang terms for it. Ever hear of the "Slashdot effect?” The giant tech site had a reputation for unintentionally crashing small sites it would link to or feature in articles. While the coverage was often positive ("hey, check out this cool site!”) the result was frequently a ruinous technical snafu as hosting services buckled under the load of Slashdot’s massive readership.
Businesses excited to see themselves featured on major platforms like the Reddit front page can look forward to experiencing the "hug of death” for themselves. Going viral might mean a huge sales bump for large businesses or independants selling through a platform like Google, but if that traffic is ending up on your site or doorstep, it might not be as helpful as you’d think.

Haters are always going to hate

Let’s assume a best case scenario where your content goes viral and you have the infrastructure to handle the traffic and increased demand for your product or service. What’s next?
Well, you might be in for some backlash.
Viral trends have a tendency to attract the worst elements of the internet. Whether spurred by jealousy, or anger, or they just want to ride the coattails of some popular craze for their own purposes, many subjects of viral posts have to deal with hackers and "pranksters.”
Take Josh Holtz, better known as the "Damn, Daniel” kid from Vine. Along with becoming a national sensation overnight and landing a guest spot on Ellen, Josh and his family were also the subject of swatting "pranks” (false reports of a disturbance at a home that result in dangerous SWAT team visits) and his social media accounts were hacked. While this kind of backlash tends to be aimed more at individuals than businesses, it goes to show that not all attention is positive.

Of course, this is all ignoring the fact that NOBODY knows how to make something go viral. Anyone trying to tell you they have a secret formula for virality or can guarantee they’ll generate hits with some piece of content is trying to sell you a very large bridge.
The main difficulty with looking at viral content as a marketing technique is that it is like looking at the lottery as an investment opportunity. You can buy all the tickets as you like and create as many goofy cat videos related to your brand as you can stand, but you’ll never meaningfully tilt the odds in your favor.
Relentlessly chasing the holy grail of "going viral” will only hurt your brand and content overall. Relying on clickbait titles ("Canadian doctors worry brain pill is TOO effective!”) and cheesy stunts waters down your brand and makes you look like a desperate clown. Once people get a whiff of that, it’s over.

Stick to what works

Stop trying to win a lottery that might bring you more trouble than anything else. Instead, focus on building up your marketing efforts with a real content marketing strategy. Produce quality content on a consistent basis, and you WILL build your brand, attract new customers, and drive sales.