Make feedback work for you 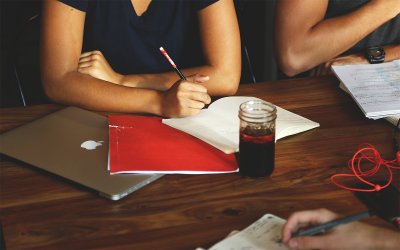 Feedback is probably a big part of your professional life. If it isn't, it should be. Feedback is golden. Even when the response is negative, when a boss, client, or stakeholder has just torn your work to shreds and you feel about as small as an Ompa Loompa, feedback is still (usually) invaluable. It's the lighthouse in the fog, the safety-line in a blizzard, the emergency exit in a theater playing a Rob Schneider film.
But, only if you know how to process it. Making feedback valuable takes discipline, openness, and most of all, patience. With others, and yourself.
Feedback is useless if you don't learn from it and act on it. If you tend to ignore feedback because "you know better” that's a recipe for pain. If you're defensive, judgmental, or quick to toss accusations back, that's even worse. For feedback to be valuable, you need to be able to break down exactly what's being said, understand why the other party has these concerns, and know exactly where to go from there.
When talking about handling criticism and feedback, we're going to assume we're talking about feedback that is either negative of confusing (most people don't need any tips on how to handle a bunch of thumbs up and smiley face emoticons. Unless perhaps you're a writer, in that case any sign of positive approval will probably be utterly alien to you. Sadly, there's no hope for those unfortunates).
As it's the year 2016, we're also going to assume you're getting most of your feedback over email and approach the process from that perspective. But even if you're on the phone, face-to-face, or in a meeting, the general rules still apply.

This should be obvious, but you're not going to get much from feedback if you're not paying attention to it. The first thing you'll want to do any time your receiving feedback from a client or boss is read the entire email over from tip-to-toe. Don't skim. Don't get frustrated and start jumping down to the next point. And for all that is holy and good, don't start writing a response or answering questions half-way through reading the dang thing (the email equivalent of trying to cut someone off mid-sentence).
Take your time, read it over, then re-read it. Be sure you understand exactly what is being said. The worst thing you can do isn't giving someone the wrong answer, it's giving them an answer to the wrong question. It shows you didn't even try to understand their concerns.
If any part of the feedback seems confusing and you don't immediately understand it, highlight it. That's going to be a big part of step two.

To properly process feedback, you need to understand where it's coming from. This is usually easier when it comes to employers and bosses who work in the same field or might have done your job before, but less so with clients and other contacts. To understand how to use their feedback, you need to know why they're giving it. Don't just read feedback passively, try to understand the motivations and concerns behind it. This is where empathy and perspective comes into play - knowing why your client or employer has a concern can sometimes be more enlightening to the real issues in play than what is directly written in an email.
Once you've done that, you're going to take the content of the email and break each point down and examine them separately. If something is immediately actionable like "these orders are for the wrong amount” or "we need to change the date for this event” go ahead and fix those issues. That's the easy stuff - have fun slashing those items off the to-do list with wanton abandon.
Other feedback is trickier. Questions that involve work outside of your purview can reveal a lack of understanding on the giver's part about the organization of a project or office. In that case, the actual solution isn't just getting that work done, it's getting the work done while also informing the feedback giver on the proper channels for that kind of request and getting them in touch with the correct party.
Other things to watch out for are vague statements, or turns of phrase that suddenly shift who exactly is involved in the feedback. Something like "we have some concerns about such and such” can be treacherous if you don't know exactly who "we” is. It could just be a shy way for the person to deflect the appearance of being the bad guy, or it could mean the work is being reviewed by parties you're not aware of who could have wildly different goals and opinions about things. Know who you're talking to before responding.

If something is unclear, this is the time to ask questions! If the feedback was genuinely confusing, don't try and guess what they wanted, find out for sure. If you're receiving conflicting feedback that seems to waffle back between two ideas every other day, now is the time to clarify exactly what goals you're working towards.
Learning to process feedback positively means seeking out the feedback you need. Clients aren't always going to know what kind of feedback is helpful and instructive, so you need to ask for it. Get to the core of any problems or issues instead of addressing symptoms.

4. Make a plan of action

Once you've fully absorbed the feedback, looked at it from the giver's perspective, and clarified any questions or murkiness, it's time to address the issues. Go through each point, prioritize the most important pieces of feedback from the least, and come up with a specific plan of action to address them.  Then send the plan back to the client or boss, this lets them know you're on it and aware of what needs to be fixed. Everybody wins.