Is your inbox starting to look like the Sarlacc Pit? Here's how to Jedi flip to safety 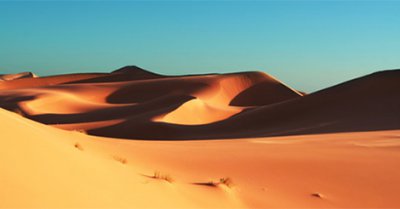 There was a time that I was terrified to look at my inbox. Back in my freelance days, I'd check my messages with all the enthusiasm of a prisoner walking the green mile. I'd do anything to put off; grab another cup of coffee, get straight to work on something else, hide under a big pile of coats and hope everything somehow worked out. You know, the usual.
I hated my inbox. It was the Sarlacc Pit of my home office. A terrifying sinkhole, lined with the gnashing teeth of unread , and the acidic bile of delayed responses. It was a beast that regularly threatened to slowly digest me over a thousands painful years (or at least ruin my weekend).
But, after years of fighting a losing battle with it, I finally found a way to tame the beast. All it took was a few Jedi mind tricks.

Make a schedule and stick to it

This is probably the simplest piece of advice for staying on top of your email, but it is also the hardest to really stick to. Instead of constantly trying to tread water responding to emails as part of your day, take a specific block of time to look them over. For me, it makes sense to make this the very first thing I do in the morning. When I get up, I grab a cup of coffee, sit down for about an hour, and mercilessly hack through the inbox. I reply to the messages that need to be replied to, organize others, and spend the rest of the day doing maintenance while concentrating on more important tasks. I like to think of it as breaking out the machete in the morning so I only need pruning clippers for the rest of the day.
As I said though, sticking with it is the hard part. Albert Einstein was right when he said the most powerful force in the universe is compound interest, but the unstoppable momentum of a neglected inbox isn't too far behind. Fail to make time for your regular morning email melee and it's easy for unread messages to pile up. Like pulling an X-Wing out of swamp water, discipline is key here.

Delete the unimportant and organize the rest

I used to have a real problem deleting emails. If something didn't look interesting enough to read and respond to right way, it had a habit of kicking around till "I got to it.” Which was basically a nice way of saying "never.” As such, my inbox used to be stuffed with press releases, barely disguised spam, and updates unrelated to anything I was working on all the time.
The fear was that if I got too frisky with the delete button, I might miss something important. However, the opposite was actually happening, my inbox was so cluttered with junk that I had a hard time separating the wheat from the chaff. Don't let superfluous messages get in the way of doing your job.
Similarly, use the tools your email provides you! If something is important and you can't respond right way, flag it! If you regularly receive non-crucial emails of a certain type, make a folder to separate them from more pressing concerns. If you use Google Apps, you can archive an email, getting it out of your inbox, but keeping it accessible if you ever need to refer to it in the future.
I know, I know, it's more fun to defeat the Sarlacc pit with blasters, lightsabers, and the corpses of slightly overrated bounty hunters. But, it turns out basic organization is its real weakness.

If the tentacles coming out of your inbox seem to never end, it might be time to look at your communication habits. Do you write a lot of emails? Are you clear with what you mean? Cross-talk and clarification emails can be inbox stuffers. A simple, clear email that fully gets across what you mean takes less time to write overall than a quick email followed by two or three back-and-forth questions and clarifications.
At the same time, remember to keep it brief. Always assume that the people you work with are just as busy as you. If long emails make you go cross-eyed, how do you think other people are going to respond to a mini-novella of an email? Be clear, but don't get lost in the details either.
Speaking of responding to emails, do it! A quick and simple acknowledgment like "thanks” or "okay” that shows you received and looked at an email can go a long way. First of all, it's just good manners. Secondly, it prevents the inevitable "did you get that thing I sent you?” follow up later.
Just like the mighty Sarlacc Pit, the inbox is a beast that can never truly be killed. But with a concentrated effort and these tips, you don't have to feel like threatening to swallow you whole at any given moment.