Google to crack down on intrusive ads on mobile 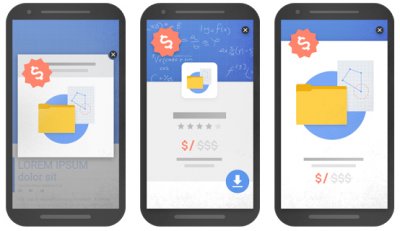 We can expect browsing on our mobile devices to get a whole lot less frustrating in the new year. Google will be enacting a new policy specifically designed to discourage and penalize the use of annoying ads that block content or prevent the accessibility of a site.
If you spend anytime browsing on your phone, you're sure to have hit the same problem more than a few times. You're browsing a site, trying to look up some quick information, when suddenly a giant screen-filling pop-up add blocks off the entire page.
If you have luck like me, chances are more often than not you hit the ad with your thumb while trying to scroll, accidentally giving the black-hearted marketer behind the ad an unearned click. Now you have to wait for a new page to load, hit back on your device, and try and figure out where you left off before the interruption. In the grand scheme of things, it's a minor annoyance, but in the moment it is one of the most blood-pressure spiking frustrations of the modern age.
Of course, even if you don't accidentally click on an ad like that, good luck dismissing it. Shady marketers go out of their way to make the dismiss button as small and difficult to access as possible, sometimes even creating a dummy button that looks like it will close the ad, only to count as a regular click. There have been times where I've personally just given up on a site when they serve me one of those kinds of ads, whatever I'm looking for usually just isn't worth the hassle.
People have complained about these obviously shifty practices for a long time now, and thankfully Google is finally dropping the hammer. Now, sites that host large intrusive interstitials will suffer for it, taking heavy penalties to their page ranking and dooming themselves to internet irrelevancy. A fitting punishment.
Google will specifically be going after sites that:
- Show a pop-up that covers the main content, either immediately after the user navigates to a page from the search results, or while they are looking through the page.
- Display a standalone interstitial that the user has to dismiss before accessing the main content.
- Use a layout where the above-the-fold portion of the page appears similar to a standalone interstitial, but the original content has been inlined underneath the fold. 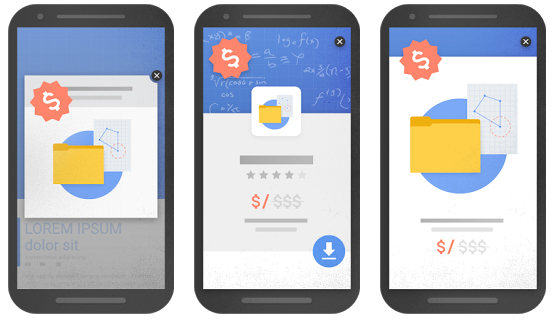 There are some exceptions to the rule. Any kind of pop-up that is legally required, such as a UK site warning about Cookies, or an age verification opt-in, won't be counted as intrusive. The same goes for any ads that only take up a reasonable amount of screen space and are easily dismissible. So if you're a marketer don't panic, as long as you play fair you shouldn't have anything to worry about.
Google announced the plan back in August, but the actual D-day for all those obnoxious ads is January 10, 2017. That's right, in just a few short weeks, we can look forward to a smoother, easier, mobile experience. I mean, it's a little late for the holiday season, but it's still a pretty nice gift! Thanks Google.