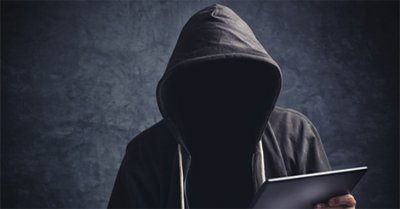 The term "cyber squatting” may sound like something a futuristic hobo would do, but it is actually a very real problem that we face today. Otherwise known as "domain squatting” this is a practice where a person (or more often a sophisticated enterprise) registers a domain name of another business or recognizable trademark in the hopes of exploiting it for financial gain. Existing brands and companies are far from their only target. They'll pre-buy domain names of up and coming businesses if they haven't locked their domains down yet, likely future products (movie sequels are ripe targets for this), or slight misspellings of existing brands (known as "typo squatting”), hoping to catch sloppy typists.
Domain squatters have a few insidious ways of making money off their tricks. The first is by holding the domain name hostage and essentially extorting the business or brand to buy it back from them at a massively inflated price. NBA team The Brooklyn Nets were famously the victim of such a squatting attempt, with a 69 year old woman trying to hold the team up for five million dollars for the privilege of owning www.nets.com.
Of course, when hostage taking fails or is impractical, domain squatters will also try to make a buck through fraud. They'll create plausible looking sites that snare unwary customers into buying products and services from them under the assumption they are dealing with the real deal. Or, as in the case with many typo squatting situations, they'll just push ads and malware on users to try and turn a dime.
It's an ugly reality of life on the web. While lawmakers are slowly learning how to deal with the issue, it's still in your best interest to proactively protect your business. So, what can you do to protect your business from cyber squatters?

Still the safest and best way to head domain squatters off at the curve is to simply register your domain name now! While you're at it, it would be a good idea to look at other generic top level domains (gTLDs) than .com. Domains such as .biz, .bike, .clothing, .contractors, and so on could be just as important to secure as .com. Remember, you don't have to make different sites for each of these domains, you can just have them redirect to your main site. Still, the small price of registering and keeping those domains could save you thousands of dollars in sales and headaches in the future.

Expanding? Maybe thinking of starting a second business spring-boarding off your existing one? Pushing a new product line next year? Start thinking of those domain names now. Plan your web presence with a long-term vision in mind. If you are Company X, but you sell a product with a super recognizable name that is better known than your company, it would be worth locking that down as well. Think of it like Burger King registering www.thewhopper.com.

Renew before you lapse!

Some sophisticated domain squatters have scripts and programs set up just waiting to snatch up popular domain names the millisecond they lapse. This is a "the reactor's gone critical, the control rods are jammed, and the emergency exits have sealed with you trapped inside” worse-case scenario for a business. Thankfully, doomsday can be averted simply by keeping on-top of your domain renewals and making sure you re-up before there is any kind of lapse. Don't leave it to chance!
Lifeline customers don't need to worry about this happening. We automatically renew domains for you, so there is never a vulnerable lapse for squatters to exploit, or a sudden panic attack in the middle of the night where you wonder "oh no, was that today!?”

If you're already the victim of a domain squatter, don't immediately pay the ransom to get your domain back. The Uniform Domain Name Resolution Policy (UDRP) is a process established by the Internet Corporation for Assigned Names and Numbers (ICANN) you can use to possibly get your name back. The UDRP system won't work for everyone, it's only available for trademark owners and you have to establish a case that the other party has no legitimate interest in the domain name (which can be a little more difficult than it sounds). You can also appeal on similar ground for typo squatters and cases where a confusingly similar name has been registered.  Unfortunately, the process isn't cheap, guaranteed to work, or particularly fast. Still, it is a better option than incentivizing domain squatters by giving them what they want.
There is also the Uniform Rapid Suspension system (URS). It is similar to the UDRP, but it is faster to resolve and requires a greater burden of proof than the squatter is using the domain name in bad faith. This is more suited to blatant fraud attempts.
As always though, prevention is better than a cure. Be aware of the possibility of domain squatting and take actions to safeguard your business today!